Our post today is a guest blog entry from Lynda Mitchell.  We’d like to thank her for guest blogging for us.

When the Kids With Food Allergies Foundation opened its doors in 2005, Tracy, one of our members, told me her son had food protein-induced enterocolitis syndrome (FPIES), a rare allergy condition affecting the GI tract that was sometimes mistaken for an eosinophilic gastrointestinal condition.

When [my baby] was 6 months old, my milk supply started to drop so I was told to give him some milk formula. …  Almost immediately, … he started to projectile vomit. We took him to the ER of our children’s hospital. By the time they got to us, he had stopped vomiting and was just a happy baby. They patted us on our heads and told us it was just a milk allergy and sent us on our way. …A few weeks later, Ben started vomiting 1 1/2 hours after [feeding], and I was told (by the pediatrician’s nurse) he just had the flu. But I could tell it was more than that.

A child with FPIES may seem to have a severe stomach bug, but the “bug” only starts a couple hours after consuming the offending food. Many FPIES parents have rushed their children to the ER, limp from extreme, repeated projectile vomiting, only to hear, “It’s the stomach flu.” However, the next time they feed their children the same solids, the dramatic symptoms return, often more rapidly after ingestion.

Mason was “big and healthy” but nearly died (vomited until he became dehydrated, went into shock and stopped breathing) after starting rice cereal at 4 months of age.

FPIES reactions often show up in the first weeks or months of life, or at an older age for the exclusively-breastfed child. Reactions usually occur upon introducing first solid foods, which often contain dairy or soy, such as infant cereals or formulas. (For FPIES purposes, infant formulas count as solid foods.) Although the most common FPIES triggers are cow milk (dairy) and soy, other solid foods can cause an FPIES reaction, even uncommon food allergens, such as rice, oat and barley.

A typical reaction takes Evan about four days to recover from. His most recent exposure was a single bite of a bagel with cream cheese on it. Within two hours he had vomited three times, and began diarrhea that put him through 32 diapers in as many hours. …  Evan’s reactions occur approximately two hours after he ingests food, with dairy in any form or strength causing his most severe reactions.

FPIES reactions almost always begin with delayed-onset vomiting (usually two hours after ingestion, sometimes as late as eight hours after). Symptoms can range from mild (an increase in reflux and several days of runny stools) to life threatening (shock). In severe cases, after repeatedly vomiting, children often begin vomiting bile. Sometimes, diarrhea follows and can last up to several days. In the worst reactions (about 20% of the time), the child has such severe vomiting and diarrhea that he rapidly becomes seriously dehydrated and may go into shock. One characteristic is that these children do not have other typical symptoms of allergy as part of these reactions (e.g., hives, wheezing, atopic dermatitis, swelling, etc.).

… At 7 months, I weaned him. … So, we gave him a bottle of soy formula (assuming it would all be fine because he was JUST allergic to milk according to all the docs. One and a half hours after Ben had eaten, he started projectile vomiting again and passed out. We took him to the ER and they decided to admit us. The allergists still didn’t think it was an allergy—they thought these were all flukes—and I believed them. …

They decided to do a soy oral challenge (because nothing was showing up on the RAST [blood allergy test] for soy). He failed it miserably!! They had to call a code blue and then admit us from the allergy clinic. It scared the allergists (and me for that matter) half to death. So, because they had called a code blue, they had to write an incident report. Because of that report, someone else looked at Ben’s case and figured out that he has FPIES.

Debbie’s son went into shock, which is a severe reaction due to FPIES. As with all things, each child is different, and the range, severity and duration of symptoms may vary from reaction to reaction.

One night in my frustration, I thought that she did well with the soy formula, so I would try a bottle of that again and see if she would eat. She ate about half of that bottle and then refused it. My husband took her and she started profuse vomiting again. I gave her a quick bath because she was soaked to the bone. She vomited the whole time; I was only able to put a diaper on her before she went white as a ghost and totally limp and unresponsive. She was like a rag doll and wouldn’t move.

We rushed to the local children’s hospital branch close to our house. They immediately took her into trauma and started to work on her. She wouldn’t respond to anything, not even needle pricks. They gave her oxygen, and IV, thermal blankets, etc. They finally got her stabilized and sent her to the main children’s hospital downtown by ambulance. At the hospital, after a dozen different kinds of tests, she was started on Neocate® formula.

Since rapid dehydration and shock are medical emergencies, contact your local emergency service (9-1-1) when a reaction like this occurs.

The most critical treatment during an FPIES reaction is intravenous (IV) fluids because of the risk and prevalence of dehydration. Children experiencing more severe symptoms may also need steroids and in-hospital monitoring. However, use of antihistamines and epinephrine are not helpful because FPIES works through a different mechanism than a “regular” IgE mediated allergy. Families may be able to manage mild reactions at home with oral electrolyte rehydration (e.g., Pedialyte®). Because it’s a serious condition, in the event of an emergency, the correct treatment is vital. Some doctors provide their patients with a letter containing a brief description of FPIES and its proper treatment. In the event of a reaction, take the letter to the ER with the child.

Dietary modifications vary, depending on the patient’s specific reactions. Often, infants who have reacted to both dairy and soy formulas will be placed on hypoallergenic or amino acid-based formula. Some children do well breastfeeding. Other children who have fewer triggers may just strictly avoid the offending food(s).

Healthcare teams may advise starting new foods very slowly, one food at a time, offering it daily for 3-5 days. Some doctors recommend trialing a single food for up to three weeks before introducing another.

Ian did well until we tried to reintroduce milk at our GI doctor’s suggestion. Ian vomited once with a small quantity of milk. A [blood] RAST test then came back negative and I was told to try the milk again. This is when the “textbook” FPIES reaction occurred. Ninety minutes after ingesting a tablespoon of milk, my son experienced severe vomiting (30+ times) and pretty much passed out in my arms immediately. We rushed via ambulance to the hospital where he got IV fluids. He recovered after a few hours.

FPIES is hard to diagnose because it is a non-IgE immune reaction in the gastrointestinal system. This means that traditional blood or skin testing will be negative for the foods that cause FPIES reactions. Unlike traditional IgE allergies, FPIES reactions do not manifest with itching, hives, swelling, coughing or wheezing. Symptoms typically only involve the gastrointestinal system, not other body organs or systems.

FPIES is a rare condition that often goes undiagnosed, or can take a while to diagnose. This is because traditional allergy tests are negative and diagnosis is typically based on symptom presentation. FPIES can be a very frightening condition to deal with, especially before a diagnosis, when the child has severe and unexplained reactions to first foods or formulas with dramatic symptoms of lethargy or shock. A correct diagnosis and dietary avoidance of the offending foods is essential to manage and avoid further FPIES reactions.

I hope this information is helpful to you. If these stories sound familiar regarding your own child, print out the patient education resource below and speak with your child’s physician. 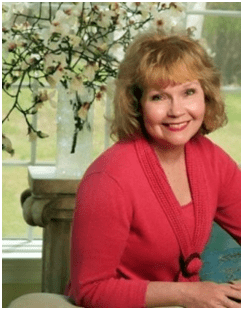 Lynda Mitchell is the founder and president of the Kids With Food Allergies Foundation (KFA). Lynda knows from personal experience that parents raising children with food allergies struggle to keep their children healthy and safe.  And, like her, many become empowered by telling their stories and connecting with each other for emotional support and information-sharing. To meet these needs, she organized the online group POFAK (Parents of Food Allergic Kids) in 1998 to connect parents. Then in 2005, to help more families, she organized KFA as a national charity focused on day-to-day food allergy education and support for families. She has a master’s degree in health information management and informatics. Lynda lives in Doylestown, Pennsylvania, with her husband, a retired naval officer, her son, and her two Labrador Retrievers.

We’ve changed the names of moms and/or children in this blog post to respect the members of our community.

Continue Reading
Related Content
What Do You Do When Your Child Asks, “Can I eat this?”
Read More
But Doctor, Is My Baby’s Rash Really JUST a Rash?
Read More
Learning About the American Partnership for Eosinophilic Disorders (APFED)
Read More
Understanding Food Labels: What does “Nutritionally Complete” Mean?
Read More
GO
X