The Importance of Vitamin D: How to Ensure Your Child is Getting Enough

Share
The Importance of Vitamin D: How to Ensure Your Child is Getting Enough
Print 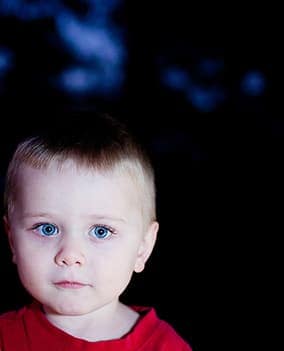 In the world of nutrition, Vitamin D is a hot topic. In recent years, research has shown that Vitamin D plays a major role in health, beyond its known benefit for bone health.  Children who do not get enough Vitamin D are at a greater risk for certain health problems, such as asthma and allergies[i].  Severe Vitamin D deficiency can lead to a serious bone disease called Rickets.

In 2010, the Institute of Medicine (IOM) increased the recommended daily intake of Vitamin D for all age groups. The recommended intake for infants is 400 IU per day and for children and adults, 600 IU per day[ii].  Although Vitamin D can be obtained from sun exposure, kids play outside less than in previous years and sunscreen, which is recommended to prevent skin cancer, greatly reduces the body’s ability to make Vitamin D from the sun’s ultraviolet rays. This means that children must get Vitamin D from their diet or from a supplement.

If your little one has a milk allergy, it’s important to ensure that they get adequate Vitamin D from allergy-friendly sources.  Be sure to provide a milk-replacement that is fortified with Vitamin D. If your child’s food allergies also limit their intake of other Vitamin D sources, like cereal and fish, consider adding a Vitamin D supplement to their diet. For those of you whose children drink Neocate Junior, you may have heard that the Vitamin D level has recently been increased.  For reference, two cups of the upgraded Neocate Junior will provide about 380 IU of Vitamin D, which is more than the amount provided by the same quantity of cow’s milk. This increased level of Vitamin D helps to account for the dietary limitations of children with food allergies, which may make it difficult for them to get enough Vitamin D from their diet. In order to meet 100% of the recommended level of Vitamin D (600 IU), children 1 year and over need to drink about 25 fluid ounces (about 3 cups) of Neocate Junior per day.

Have questions about Vitamin D? Ask away!