The Gut Microbiota and Its Link With Food Allergies

Share
The Gut Microbiota and Its Link With Food Allergies
Print 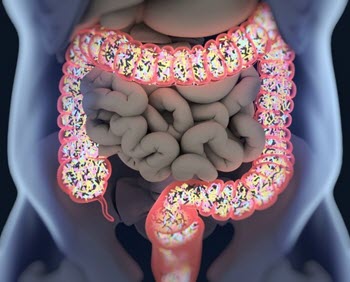 Lately, we can’t seem to get away from talking about microbes and gut microbiota. With terms like microbiota, fermented foods, prebiotics, probiotics, antibiotic resistance used often – it’s enough to make your head spin! The good news is, we’re learning more and more on these topics, and our knowledge is growing. With so much information available around you, where do you start? Let us help you out with some basics on these topics.

What is the gut microbiota?

The best place to start in answering this question is to define the word “microbiota.” A microbiota is the community of microbes in a given area. Microbes include bacteria, viruses, and other very small (‘micro’) organisms. When it comes to humans, bacteria usually come to mind when we think about microbes. Bacteria are incredibly diverse, and almost every type of environment on earth can support certain bacteria. Bacteria are everywhere!

Trillions of bacteria live with humans. The number of bacteria in and on a human body can outnumber human cells by up to 10 times because they’re so small and numerous.

Gut bacteria are very complicated, but most are harmless. We sometimes think of certain ones as “good” (beneficial bacteria) and others that can be potential pathogens if the circumstances are right as “bad.” Some factors that impact the bacteria in our gut include genes, age, environment, health, antibiotics, and diet. Because of all these variables, your gut microbes can and do shift over time.

How is the gut microbiota essential? 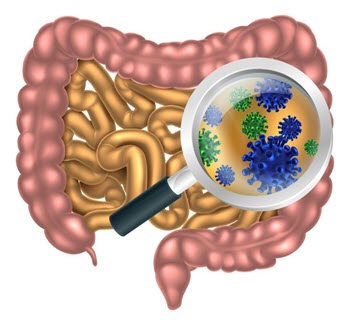 A long time ago, medicine didn’t think much of bacteria. There was a time when we believed they were mostly harmful, or at least not helpful. Times sure have changed! We’ve learned a lot about the importance of gut microbes in both gut and immune health. The gut microbiota plays a vital role in the normal functions of the body, including:

Gut microbiota can shift.  It’s composed of a range of “good” and “bad” bacteria. The more balanced the gut microbiota is – with more “good” microbes – the better it can perform the above roles in the body.

What can happen if the gut microbiota isn’t in balance?

This question has been tough to answer because gut microbes are so diverse, unique, and can shift. However, a growing body of research highlights the link between health and the gut microbiota. Scientists came up with a smart way to explore this. They’ve looked at the gut microbiota of infants and watched the health of the infants as they grew up. This let them look for clues that could link gut microbes with various health conditions.

Scientists have looked at lots of different health conditions, but we’re going to focus on the link between gut microbiota and allergies. Here is a summary of some links that researchers observed to the gut microbiota in infants:

This body of research suggests that imbalances in the gut microbiota – a.k.a. “gut dysbiosis” – in early infancy may come before immune conditions. These include food allergy and atopic dermatitis. We don’t yet know the full extent of the link between the microbiota and these allergies. For example, we don’t know if one can cause the other, or if they tend to occur together.

How does nutrition influence this microbiota?

What we eat and drink has a significant effect on the types and amounts of microbes in our gut. The reason is that every microbe has to “eat” – or consume – something. Let’s call this their “food.” Most of the food available to our gut microbes are the leftovers of the foods that we eat. In other words: after our gut digests and absorbs what it can from our snacks and meals, our gut microbes go after what’s left.

But every microbe prefers specific foods. When the food that a given microbe likes are available, that microbe grows, thrives and is present in high numbers. When that microbe’s preferred food isn’t around, the microbe may be in our gut in low numbers. Many “good” microbes grow best on various fibers, whereas other microbes might grow well on fat or protein compounds.

For adults, eating a diet rich in fruits, vegetables, and whole grains – all fiber sources – can support a diverse gut microbiota. For infants, research has shown that human breast milk contains fiber-like compounds – human milk oligosaccharides (HMOs). HMOs support bifidobacteria, which are the most common gut microbes in healthy, breastfed infants. However, bifidobacteria are much less common in older children and adults.

The gut microbiota in infants with food allergies

Neocate® Syneo® Infant is the first and only hypoallergenic formula that is shown to help balance the microbiota of food-allergic infants to be closer to that of healthy, breastfed infants. That’s because Neocate Syneo Infant contains both prebiotics and probiotics, designed specifically for allergic infants.

A diagram showing the relationship between prebiotics and probiotics: 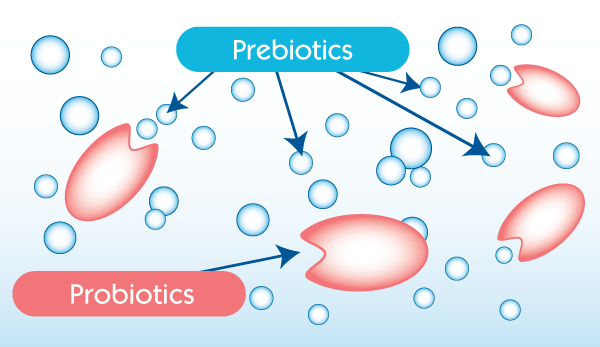 Who Is This Formula For?

Neocate Syneo Infant is specially formulated for the dietary management of infants with:

It’s important to always contact a healthcare professional before making any changes to your baby’s diet. Medical supervision is recommended to use Neocate Syneo Infant.

Rob McCandlish is a registered dietitian nutritionist (RDN) who joined the Nutricia team in 2010. He has years of experience at Nutricia following food allergy research, working with Neocate products, talking with Neocate families, and learning about the science behind Neocate and food allergies. Rob has two nephews who both used Neocate for their cow milk allergies!

Nutricia North America supports the use of breast milk wherever possible.

New Parents Must-Reads
What is in Neocate®? Neocate Ingredients Explained