Pet Allergies: We’re having a baby – should we get a dog and move to a farm?

Share
Pet Allergies: We’re having a baby – should we get a dog and move to a farm?
Print 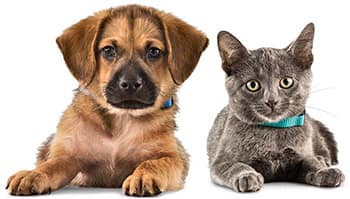 Today, I’ll share some interesting research related to pets, the environment and allergic conditions. I find it interesting not just because I love science, but also because it can be helpful. Sure, I geek out over research sometimes, but when it’s practical research, everybody wins. The questions at hand: can owning pets or living on a farm actually provide a BENEFIT when it comes to allergic conditions?

The state of affairs

With all this in mind, it seemed logical that a child with one allergic condition might do well to avoid things that might become future allergens. Why not? If my child already has food allergies, then maybe they’re likely to also become allergic to animals. Why take the chance with a new pet?

But in science, a theory is just a theory. The scientists and researchers among us don’t assume these are facts. We should be grateful that, just because an idea is logical, our scientist friends test those theories to see if they hold up! When they test a theory they come up with a hypothesis – something they expect will be true but that they want to test.

In fact, one theory that you may have heard of is the ‘Hygiene hypothesis.’ This is based on the idea that, in western societies like North America, our environments (home, school, work, the kitchen counter) are very clean. So clean – or hygienic – that our immune system doesn’t develop normally. The hypothesis is that too much “clean” may contribute to the increased rates of allergic conditions. We’re beginning to realize that some exposure to “dirty” may be good, especially at key windows of time when exposure to something may help LESSEN the risk of later allergy.

The latest science on pets, farms, and allergies

With all that in mind, scientists have tested several hypotheses related to the environment an infant is raised in. One is growing up in a household with pets, and the effect it has on the likelihood of developing certain allergic conditions. We wrote on this topic already. As an update, here’s some of the latest research that’s been shared in recent years:

So what’s the catch about pet allergies?

Well, not everyone is able to pick up and move to a farm! Second, pet ownership is also a big decision. Those are obvious considerations, besides per allergies.

Also, research is messy and often leads to more questions than answers. First, not all research that’s been conducted in this topic has come to the same conclusions – some of the results are contradictory. And sometimes you find something you don’t expect. For example, researchers in Finland found that growing up in a household with a dog or cat may be slightly MORE likely to lead to an allergy to that animal than growing up in a house without one…!

With that in mind, the best thing to do may be to talk to your little one’s pediatrician and/or allergist. Ask their take on pets and allergic conditions. They often have a good understanding of the science, including how best to interpret the research. They can offer some guidance or at least help you make an informed decision.

One final note: keep in mind that there really is no such thing as a hypoallergenic dog breed! You can certainly ask your allergist for more information, but don’t believe the hype if you see a breeder selling “hypoallergenic” dogs.

How do I come across such interesting topics? As a member of the Medical and Scientific Affairs team at Nutricia I get to attend major conferences, such as the annual meeting for the American Academy of Allergy, Asthma and Immunology (AAAAI). I always discover some really interesting research there!

Home & Family
Allergy Friendly Foods: 4 Reasons Why Everyone Should “Dig In”