DHA and ARA: What are they and why are they in infant formula?

Share
DHA and ARA: What are they and why are they in infant formula?
Print 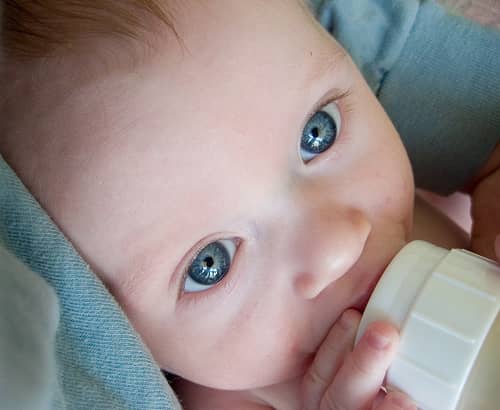 If your baby consumes Neocate or another infant formula, you have most likely heard of DHA and ARA. You may be wondering “What are DHA and ARA?” and “Why are they added to infant formula?” We’ll fill you in with today’s post!

It turns out that infants create very little DHA and ARA from the ALA and LA they get from breast milk and/or infant formula. Years ago, infant formulas contained ALA and LA, but no DHA or ARA. Research from back then found higher blood levels of DHA and ARA in breast-fed infants in comparison to formula-fed infants, and there’s also evidence that there may be some benefits to having preformed DHA and ARA during infancy.

Because of these findings, almost all infant formulas are now fortified with pre-formed DHA and ARA. Although experts agree that breast milk is the ideal nutrition for infants (we do too!), there are some situations where breast feeding is not possible or has to be supplemented with infant formula. One great example is infants with severe and/or multiple food allergies. In cases where an infant formula is needed to supplement or replace breast milk, experts recommend using an infant formula which contains between 0.2% and 0.5% of total fatty acids as DHA, and at least as much ARA as DHA (Koletzko, 2008).

The addition of DHA and ARA to infant formulas is supported by the US Food and Drug and Administration (FDA), the World Health Organization, the National Academy of Sciences, the American Dietetic Association, and various other regulatory bodies around the world.

You might have also come across EPA, or eicosapentaenoic acid (what a mouthful!), in your readings. EPA is another type of fatty acid. The human body can make EPA from ALA, and the human body can then convert EPA into DHA. EPA in the diet is naturally found in fish. EPA is not yet added to any infant formulas in the US, as ALA and DHA are already in formula.

We hope this helps answer your questions about DHA and ARA, but feel free to ask if you have any more!