Allergies and Asthma: What’s the Link? 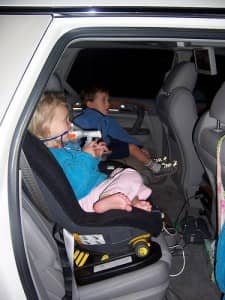 Roughly, 70% of children with asthma have some type of allergy[1]. So do allergies cause asthma? Or does asthma cause allergies? The answer to both questions is no; one does not cause the other but the two conditions do have a strong connection.

Before we begin, let’s define the two terms a bit further. Asthma is a very common chronic disorder related to inflammation and swelling that causes the airways to narrow. Typical symptoms include coughing and hissing. Food allergy is an immune response that occurs when your body abnormally reacts to a food protein as harmful and creates a defense system (antibodies) to fight it.

With allergies, the immune system is hyperactive and produces an unnecessary inflammatory response to a traditionally harmless substance (such as a food protein). Asthma is a chronic lung disease characterized by episodes of inflammation and narrowing of the airway in response to certain “triggers.” These triggers vary from patient to patient and may include infectious agents, exercise, stress, pollutants such as cigarette smoke, and common allergens such as cat dander, dust mites, and pollen.

Is there a link?

There are approximately 9 million kids in the US who have asthma[2]. Of this 9 million, about ¾ have asthma that is triggered by allergies. Remember, we talked about different triggers for asthma symptoms (exercise, pollen, allergens, etc.). Patients whose asthma is triggered by allergens are often said to have “allergic asthma”. [3] According to the Asthma and Allergy Foundation of America, allergic asthma is the most common type of asthma, affecting around half of asthma patients.

Does Genetics Play a Role?

Hopefully, this information gives you a better understanding of why asthma and allergies are so often seen together. While neither one causes the other, some people have a genetic predisposition which puts them at a greater risk for developing all forms of allergic disease (such as allergy, eczema and asthma). So if you have one allergic disease, you have a higher risk for developing other types of allergic conditions in comparison to the general population.

Have you found this to be true with your little ones? Be sure to share your experiences with us in the comments!