When Zoe was just a week old she began extreme vomiting, and started having bloody diarrhea, gas pains and eczema. She was dehydrated, refused to eat and suffering from severe weight loss.

“She was so sick we thought we were going to lose her at any moment,” says Amanda, Zoe’s mom. 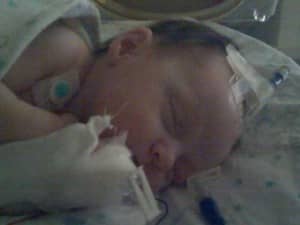 When Zoe was 3 weeks old, she was rushed to the emergency room for severe dehydration. From there she was admitted to the Neonatal Intensive Care Unit at Vanderbilt Children’s Hospital.

Zoe stayed at the hospital for a week as doctors performed numerous tests including, blood work, cultures, CT scans and x-rays. She was also treated with antibiotics.

By process of elimination, the doctors finally diagnosed Zoe with a severe milk protein allergy and told Amanda that her reaction was 1 in a million.

To treat the milk protein allergy, at four weeks old Zoe was put on Pregestimil, a hydrolysate formula. While the Pregestimil made her symptoms milder so that she was able to eat, Zoe still suffered from diarrhea, vomiting and gas pains which made her extremely colicky.

Finally, at 4 months old, Zoe’s GI Specialist recommended she try Neocate Infant — a hypoallergenic formula, made up of individual amino acids (the building blocks of protein) that Zoe could digest, instead of the partial protein chains found in hydrolysate formulas like the Pregistimil that cause her to have an allergic reaction. 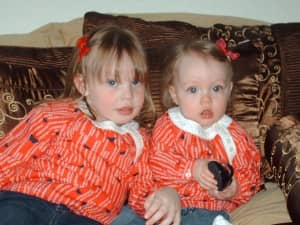 By the time she was five months old Zoe had made a complete turnaround. “She was a totally different baby,” says Amanda.

Since starting on Neocate, Zoe is a happy, healthy normal baby girl. Her parents no longer have to worry about her survival.

“She is now 11 months old and finally happy and starting to get caught up in her weight. She does nothing but laugh and smile,” says Amanda.