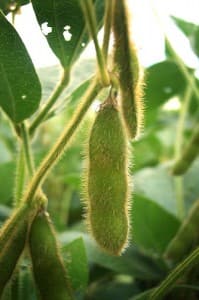 Food allergens can be disguised by alternate names and hidden in the long words of an ingredient list. Unless you know what words to look for, it’s easy to overlook an allergen. As parents of children with food allergies, you all know how serious such an oversight can be. This month, we are doing a blog series on hidden food allergens to help you recognize hidden ingredients so that this doesn’t happen to you and your little one.

According to the American Academy of Pediatrics as many as 70% of babies with milk protein allergies are also allergic to soy. Typically, soy allergies are associated with infants who have reactions to soy-based formulas and outgrow the allergy by the time they reach kindergarten.

However, as demand for soy continues to rise and more soy ingredients are being used in processed foods, a growing number of adults are developing soy allergies as well.

Soy is now considered one of the most common potential food allergens — along with peanuts, tree nuts, fish, shellfish, milk, eggs, and wheat, but it wasn’t always so. According to AllergyKids.com, soy allergies increased by 50% in 1996. The reason? While the true cause of such a startling increase is not known, some experts attribute it to a new type of genetically engineered soy that was introduced that year.

Unfortunately, researchers haven’t been able to identify exactly what parts of soy cause allergic reactions. Like milk and other common allergens, there are several proteins found in soy that have been shown to be allergenic.

Last week, Nita discussed hidden names and sources of dairy. Today, we’ll focus on soy. According to the American Academy of Pediatrics as many as 70% of babies with milk protein allergies are also allergic to soy. Typically, soy allergies are associated with infants who have reactions to soy-based formulas and outgrow the allergy by the time they reach kindergarten.

Soy is now considered one of the most common potential food allergens — along with peanuts, tree nuts, fish, shellfish, milk, eggs, and wheat. Soy is especially tricky to avoid because it is often found in unexpected places such as in baked goods, cereals, crackers, infant formula, canned tuna, prepared meats (like sausage and lunch meats), sauces and soups. In fact, soy is found in an estimated 60% of processed foods!

Therefore, if your child is allergic to soy, it’s incredibly important to always read and decipher food labels. Some common ingredients to look for that contain soy include:

Refined soy oil is usually safe for patients with soy allergies. The FDA exempts refined soybean oil from being labeled as an allergen. Talk with your child’s healthcare provider to determine what’s appropriate for your child. It’s important to note that not all soy oil is refined so unless it is specified as such, you should not assume it is safe. For example, some hypoallergenic formulas contain refined soy oil, which undergoes a purification process that removes soy protein. The end product should be safe for patients with soy protein allergies. Soy oil described as “cold pressed”, “expeller pressed”, or “extruded” is not safe for those with soy allergies. (Note: In the US, Neocate products do not use soy oil.)

Deciphering labels can be time-consuming and avoiding soy may seem to limit your child’s diet drastically. However, there are still many soy-free food options and plenty of soy substitutions for recipes. The main food limitations are with processed foods, which we could all probably use less of in our diets anyways! Plus, research shows that half of kids grow out of their soy allergy by the age of 7[1].

I must say, I was most shocked by the fact that soy is in canned tuna! Have you come across any other surprising hidden food allergens?