GERD vs. EoE – What’s the difference? 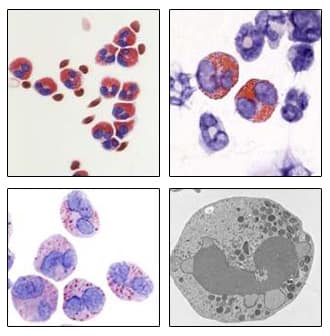 GERD vs. EoE – Do you know the difference between GERD and EoE?

First – What is GER?

Did you know that gastroesophageal reflux (GER) in infants is very common? According to the National Institutes of Health, about half of all infants spit up in the first 3 months of life and it typically resolves by 12-14 months of age. GER occurs when the lower esophageal sphincter, which keeps the opening between the esophagus and stomach closed, opens spontaneously or does not close properly. This allows stomach contents to rise up into the esophagus. Adults know GER more commonly as acid reflux because digestive juices (acids) rise up with the food, causing discomfort or heartburn.

Second – When does GER become GERD?

Occasional GER episodes are common, like when you burp and it brings up some acidic juices from the stomach. If GER sometimes happens to your baby it doesn’t necessarily mean they have GERD, which is gastroesophageal reflux disease. If the reflux is persistent and happens more than twice a week, then it may be considered GERD, which can lead to more serious health problems for babies including failure to gain weight, bleeding, respiratory problems or esophagitis. A gastroenterologist can help diagnose and manage GERD.

Some or all of the following symptoms may indicate your baby could have GERD:

If you think that your little one’s reflux is serious and might be GERD, check in with your pediatrician, who may refer you to a pediatric gastroenterologist. These doctors are experts in digestion and can help explain the difference between GER and GERD.

Unfortunately, for children, symptoms and signs of GERD and a condition called eosinophilic esophagits – EoE – can often be similar. In the past, children with EoE were often misdiagnosed as having GERD. However, this is much less common today. So, how are GERD and EoE symptoms similar?

Some of the signs and symptoms of EoE in children include:

You can see how similar the signs and symptoms of GERD and EoE are! This is why it’s important to rely on your doctor to help find answers. Your child’s pediatrician may refer you to see a gastroenterologist, since they’re the ultimate experts in GER, GERD and EoE.

If your child’s reflux symptoms are not improving despite your doctor’s recommendations, your child may have EoE. If you would like to read more about EoE, make sure to read a previous post that takes a deeper dive into Eosinophilic Esophagitis.

Aside from similar symptoms, GERD and EoE can both result in a small type of white blood cell – an eosinophil – hanging out in the tissues of the esophagus, where it normally doesn’t belong. (The picture above shows with eosinophils look like under a microscope!) When the eosinophils are in the esophagus due to GERD, they will go away once the GERD is under control.

An esophageal biopsy helps diagnosis EoE. The biopsy requires a procedure to look closely at the esophagus and to take a small sample of cells to look at under a microscope. If that sample has a high number of eosinophils, the doctor has to rule out other conditions that could lead eosinophils into the esophagus. After that, the doctor can make a final diagnosis of EoE. For some people with EoE, a medication usually used to treat GERD can help manage EoE.

GERD vs. EoE: How can diet be used to managed GERD and EoE?

In some babies, GER may be related to a cow milk allergy and/or other food allergies. Reflux is one possible side effect of an unmanaged food allergy in babies, if the allergen is still in the baby’s diet. If that is the case for your infant, then she doesn’t have GERD, and symptoms can be managed with a hypoallergenic formula like Neocate. In other cases, though, reflux can happen unrelated to food allergies. When food allergies aren’t the culprit, the management options depend on the patient. For older patients, this often include prescription medications. In rare cases, surgery may be needed. For infants, the doctor often tries feeding strategies first, a hypoallergenic formula (like Neocate) next, medications as a last resort, and surgery only in extreme cases.

Management of EoE may include diet changes and/or medication. The diet sometimes includes a special diet with a hypoallergenic, amino acid-based formula like Neocate. The Neocate family includes products for infants, children, teens and adults. There are powdered products like Neocate Syneo Infant and Neocate Junior, as well as ready-to-drink liquids like Neocate Splash. If your little one is diagnosed with EoE, make sure the healthcare team takes the time to explain all of the options, answer your questions, and help you decide on the best option for your family. Your healthcare team should be sure to help you find the solution that will best suit your child’s needs.

Ellen Sviland-Avery joined the Nutricia team in 2014. She has extensive experience in pediatric nutrition and tube feeding. Prior to coming to Nutricia, she worked in home infusion. She has been a registered dietitian for more than 12 years. Her passion in pediatric nutrition started when she was in Birmingham working with children with neurodevelopmental disabilities and has continued throughout her career.