A Mother’s Tale: Learning About My Baby’s Milk Allergy

When my oldest was born, we embarked on the journey of breastfeeding. She took to it naturally, but the first week was painful and discouraging for me as a new mom. However, in time we fell into a comfortable and relaxing routine.

At about six weeks of age my daughter began crying a lot. She was fussy, gassy, and unhappy. While I was nursing one morning, she projectile vomited. I called the doctor and they said it could have been too strong of a letdown and suggested that I relieve some of my milk prior to feeding. I began researching like a mad woman. Phone in hand, determination in my soul. Something that was supposed to be natural couldn’t possibly be so difficult, right? Wrong. 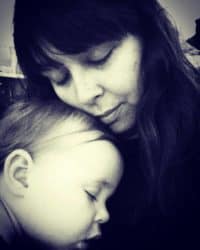 That morning of purging began a week-long stint of doctors visits, weight checks, days and nights of no sleep, and trying an over the counter formula that smelled no better than a cleaner or human waste. My baby girl developed explosive diarrhea filled with blood and mucus. It eventually came out in a neon green color and then transformed into a clear color, like water. In one weeks time she had lost ounces of weight and lay lifeless. She had stopped crying. She had stopped fighting. We now stopped listening to our doctor’s office and took her straight to the emergency room.

She was admitted and began treatment for a severe dairy allergy to the protein found in cow’s milk. I gave up breastfeeding immediately and harbored the heartache and feelings of resentment deep down while I watched my perfect baby girl fight for her life. The doctors informed us that had we not brought her in, she would have died at home. Our gastroenterologist withheld all feeding for 24 hours to allow her body to begin healing. At the completion of the 24 hours, we began a slow and steady feeding regimen. That was when we were introduced to Neocate.

My daughter’s feedings were small; a half ounce of Neocate every other hour to start. She tolerated it amazingly. No vomiting, no gas, no blood in her stools. She graduated to every hour and before we knew it, she was taking an ounce every hour. Throughout the week she began to gain weight and her vitals improved so well that she even gave us her first real smile. In a week filled with horror, desperation, fear, and uncertainty, Neocate gave us some hope that we were going home with our daughter and that she would be pain-free.

We went home after exactly one week. With cans of Neocate in hand, we were more nervous leaving than when we brought her home as a newborn for the first time. We followed a strict guideline from our doctor for feedings and had weekly checkups. She gained weight and her stomach distress virtually disappeared. Neocate was gentle and easy to use. To put it simply, Neocate saved my daughter’s life. It wasn’t a band aid to temporarily get us by. It was just as essential to her as breathing. 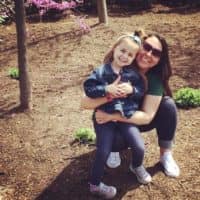 My daughter drank Neocate until she was a year and a half in age. The vitamins and nutrients were plentiful enough that our doctor wanted to give her body enough time to prepare for an introduction of the cow’s milk protein. It ended up that she had no intolerance to milk. I saved the extra cans just in case. I felt a sense of security with them in the house despite the fact that she was doing great.

When my daughter turned two, I gave birth to our second little girl. I had gone dairy-free from the start and began the breastfeeding. Everything was perfect, until she developed blood in her stool followed by diarrhea. Heartbroken, I called the doctor and at her discretion I opened the pantry door and pulled out a can of Neocate. Comforted by what felt like an old friend, we introduced Neocate and I began cutting out additional allergens from my diet. I tried nursing again, but had the same results. It turns out that my children have an allergy to a protein found in my breastmilk. My second daughter also became a Neocate baby. Neocate was made our choice due to circumstances, but in the end it has become our choice. Neocate gave us happiness. It gave us life.

Tags
Vomiting Diarrhea Gas Allergy Symptoms Poop Infant (0-12m) Pre-diagnosis Cow Milk Allergy (CMA)
Comments
ashley
Hi. My baby also has CMPA but i did not find out until 11 months because her symptoms are so mild. It was like she ALWAYS had a cold - stuffy nose, runny boogers, cough, swollen eyes, couldn't breathe out her nose, etc. Dr's said allergies and we tried many OTC & Rx's with no help. Allergist put her on Singulair with amazing results and terrifying side effects so I stopped - it was between the side effects and her breathing. So here I go for hours on the internet until I come across an article about CMPA listing symptoms... the main ones like your baby and then a list of 'possible' including runny nose/congestion! That day I bought a formula for CMPA and stopped ALL meds even homeopathic meds. Within 24-48 hours she is CLEAR!! I'm talking she is almost sleeping through the night now (we never slept) and I'm not paranoid she can't breathe. WOW. I just want to help another mom whose baby has a mild case like mine and can't get the breathing under control to know it may be CMPA!
15/01/2020
Load More
Write a Comment